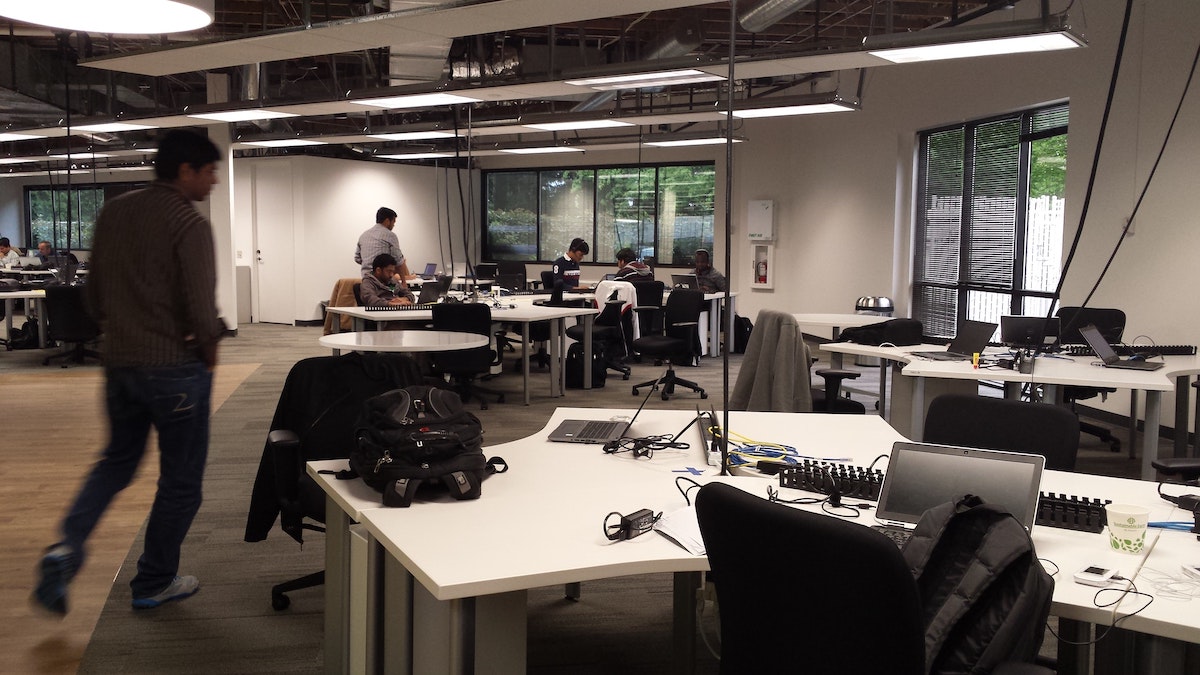 What you measure is what you get. But what happens when important factors cannot be easily measured?

After the pandemic, many companies have returned to normal in a version of hybrid work. Employees go to the office two or three days a week, and the rest of days work from home. On average, less employees are going to the office each day, so there is an opportunity to optimize space and reduce costs.

The redesign project probably has some key metrics of occupation per day and total savings compared to the previous scenario. Open-space offices are said to break with traditional hierarchies, foster collaboration between teams, give amplitude to the environment… and they are efficient in terms of dollars spent per employee and area required per employee.

Trying to bring everyone to open-space offices is not new, and it doesn’t work. In the long-term, productivity goes down. There are even books about this. There is research behind. And yet, people from the dollars-spent-per-employee and dollars-spent-per-square-meter department are summoned by top-management, and put in charge of redesigning office space.

In many companies or even industries, the office you get is a sign of status, an indicator of where you are in the pecking order. In this new office redesign, VPs, managers and many other people who had closed-door offices before end up working in cubicles.

But people don’t get closed-door offices only because of status. It’s because they need to work without interruptions. It’s because the topics they discuss in a call may be confidential by nature, or just because they need to talk without worrying that in the neighborhood may misinterpret the conversation. Their value for the company is making maybe just one important decision per day, but it’s a decision that impacts the bottom line in the long-term and maybe in the short one. They are very well paid. They are listed as critical talent. Common sense dictates that you design their work space so that these people can do their best work.

From an old article in HBR about open-office spaces:

The fact is, very few managers rigorously analyze their decisions about work space. Instead, they make decisions based on a limited set of quantifiable metrics, such as efficient use of space and cost per person, and fail to consider broader measures, such as productivity and employee retention. It’s true that the latter are difficult to measure, but it’s dangerous not to make the effort.

You have a problem if you are embracing open-space offices and cubicles by optimizing for the variables that you can measure, and forgetting about the ones that are not easily measurable. The impact on the work of your key people and the impact on the quality of their decisions… that can’t be reduced to a number. But being not quantifiable, it may be effectively ignored in front of other measurable ratios when making decisions about office space.

Charlie Munger calls this a special case of the man-with-a-hammer-syndrome:

A special version of this man-with-a-hammer syndrome is terrible, not only in economics but practically everywhere else, including business. It’s really terrible in business. You’ve got a complex system, and it spews out a lot of wonderful numbers that enable you to measure some factors. But there are other factors that are terribly important, [yet] there’s no precise numbering you can put to these factors. You know they’re important, but you don’t have the numbers. well, practically everybody (1) overweighs the stuff that can be numbered because it yields to the statistical techniques they’re taught in academia and (2) doesn’t mix in the hard-to-measure stuff that may be more important. That is a mistake I’ve tried all my life to avoid, and I have no regrets for having done that.

It’s difficult to go against the current. Once open-space offices are implemented, now you have to justify the spending. If they don’t work, it will be a hard sunk cost to swallow.

When making decisions, we must consider if we are unconsciously ignoring important factors just because they are not easily meassured. Also, the use of open-space offices is probably more than 30 years old. Learn what worked and what not before committing to a difficult to reverse decision.